You wait ages for a white whale…then TWO come along! Stunned animal-watchers spot a PAIR of rare orcas off the coast of Japan Whale-watchers off coast of Japan’s northern island Hokkaido spotted two white orcas swimming together One was an older animal first spotted two years ago, but second was younger and had not been seen before
The two orcas are not thought to be albinos but to have leucism, meaning they still have some skin pigment
That means their markings are still faintly visible and their eyes are still dark instead of being bright red

By CHRIS PLEASANCE FOR MAILONLINE

Whale-watchers off the coast of Japan could scarcely believe their eyes after catching sight of two rare white orcas swimming together as part of the same pod.

The orcas were spotted during a whale-watching tour on July 24 in the Kunashirskiy Strait, a 20-mile stretch of water between the northern islands of Hokkaido and Kunashir.

Mai, an employee of the Gojiraiwa-Kanko tour company, said one of the pair was older with slightly darker skin while the other was younger and had clearly-visible scratch marks down its back.

‘It was the best day ever. This is the first time two white orcas have been seen off the coast of Japan,’ she said. 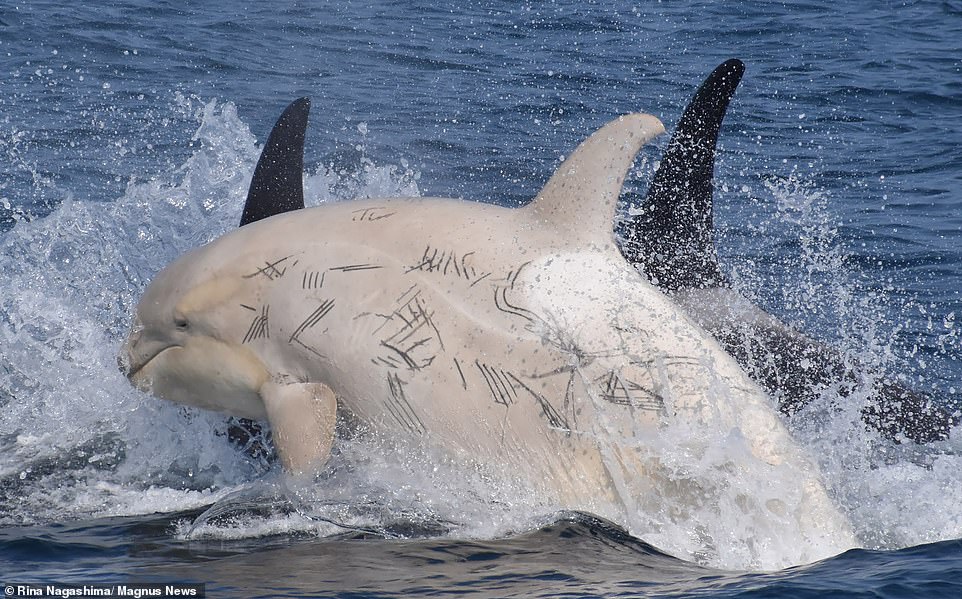 Japanese whale-watchers were stunned to spot two rare white orcas swimming off the coast of Hokkaido, one of the country’s northern-most islands, over the weekend 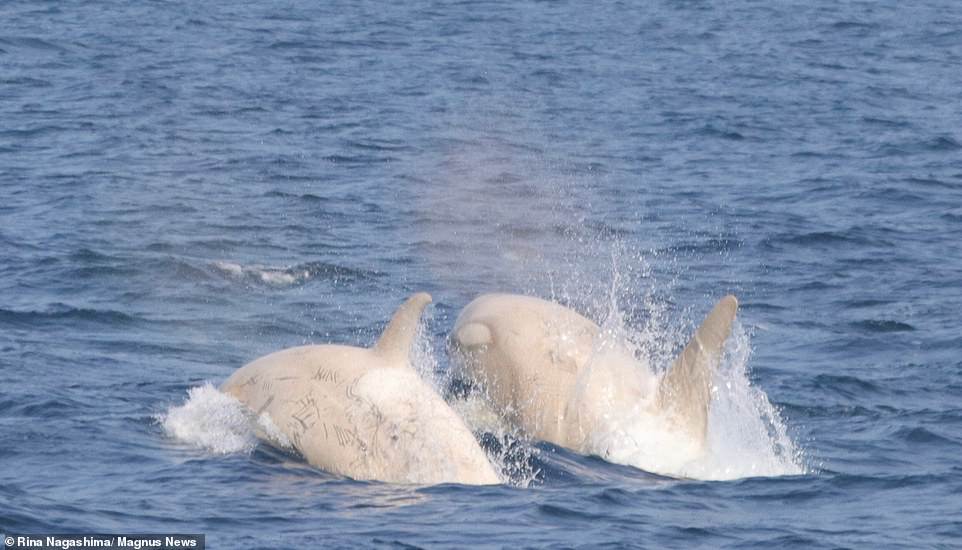 The pair are part of a pod that contains mostly normal-looking orcas, but these two are thought to carry a gene which partially removes pigment from their skin – making them appear white 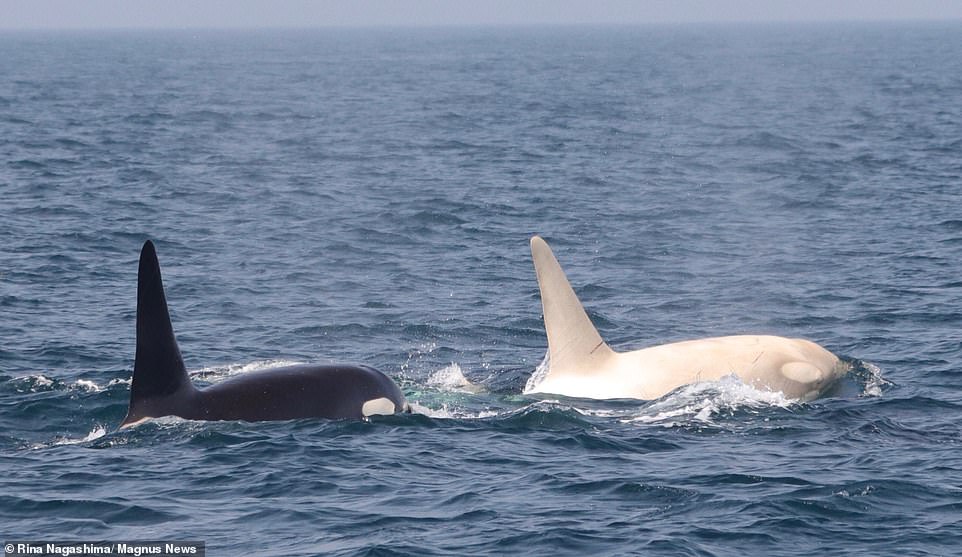 The white orcas are not thought to be true albinos, meaning they have no skin pigment, and are instead thought to have leucism – an umbrella term for a range of conditions which partially removes pigment from their skin