Q. Why do lions not attack when you are in a safari vehicle?

answered by Sergio Diniz, Over a million miles traveller

I’ve been on Safaris in Africa and heard a lot from professionals, as well as what I saw in person and also read about. The best explanation I heard is that animals, and more specifically the predators, have their view much more focused on movement tracking (which is a scientific fact), than details on its preys.

Thus, when they see an open safari vehicle, full of people, all they see is one single thing: a large beast with some appendices on top (heads). As a large, and potentially powerful, beast does not interest them, as well as other large animals such as adult rhinos and elephants: they know the hunting effort is not worthy. Not because they fear humans.

However, all attention is necessary, as apex predators such as lions or even leopards are relatively intelligent and curious animals. If somebody stands up and detaches himself form the rest of the “beast mass”, the predator may be curious and in doubt if that is a part of the large beast or is something else separate: it may then investigate or attack. In case of an attack, we all can imagine what happens. If it starts to investigate too close, many tourists may lose their nerve, stand up and even run… which will be the worst mistake, as the predator will then be sure that it is a prey and will start chasing (hunting reflex), and they run much faster than any of us.

Considering that, the local guides normally orient passengers to stay seated, quiet, only observing when close to animals. They teach you to never stand up, shake arms or worst, get out of the safari vehicle. In this last case, the animal will be sure you are not part of the large beast and will notice you are actually the perfect size for a prey…

However, some private game reserves do not disclose the fact that, in order to maintain the “savage aspect” of the tour, especially those where an open safari vehicle is used, they “prepare” the animals to get used to human presence. Before opening a new game reserve or when new animals are bought (yes, they do buy animals from other places to populate or replace losses, so there is plenty to be seen by tourists), they get the animals used to the safari vehicle and people, by running close to them on a frequent basis, until the animal is used to the vehicle and people and do not show aggressiveness anymore. They do it until the “large beast” is already a part of the landscape. That is why they really do not attack. 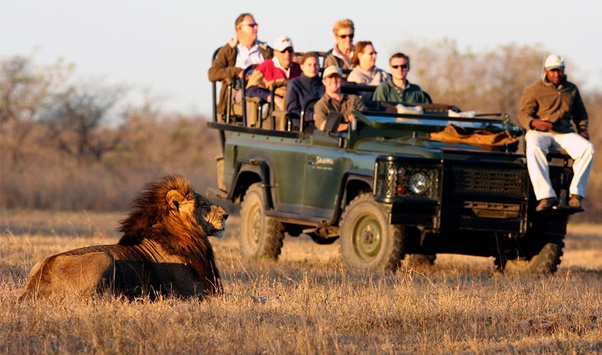 Nevertheless, if a pack of lions insist on being aggressive to humans, which makes the reserve lose money, they resell or even shoot down the rebels. Sad, no? No publicity on this, bad for business.

This is so true that in wild reserves the thing changes completely: no more open safari vehicles and guards always carrying rifles. From time to time, unfortunately, fatalities do happen (see https://www.insider.com/safari-h&#8230;) and is not uncommon the business and even governments to avoid disclosure as much as possible. Bad for business. 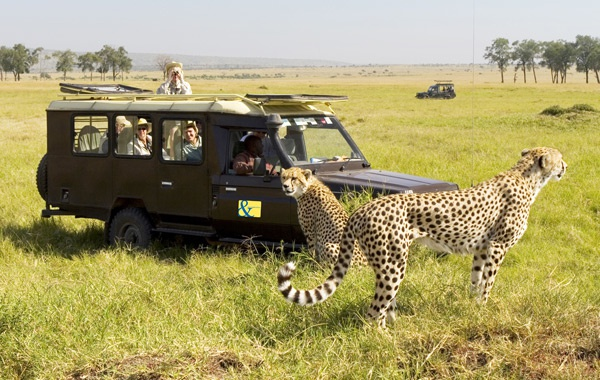 Despite it all, it is a unique experience, especially if the tourist are adequately warned about the true risks. I recommend it.

See also my own video. If you follow the protocols, you can be close and still avoid accidents.

Victor Ndiema Tsyamba – There is a lot to learn from this video of three Maasai warriors scaring off a pride ..

Being calm also emits positive energy to the animals that you are not scared of them.

Same applies to dogs, if you lie down flat a dog will be scared and run for safety and if you on your fours, a dog won’t attack you.