NEW YORK (AP) — Coronavirus is dealing a gut punch to the illegal drug trade, paralyzing economies, closing borders and severing supply chains in China that traffickers rely on for the chemicals to make such profitable drugs as methamphetamine and fentanyl.

One of the main suppliers that shut down is in Wuhan, the epicenter of the global outbreak.

Associated Press interviews with nearly two dozen law enforcement officials and trafficking experts found Mexican and Colombian cartels are still plying their trade as evidenced by recent drug seizures but the lockdowns that have turned cities into ghost towns are disrupting everything from production to transport to sales.

Along the 2,000-mile U.S.-Mexico border through which the vast majority of illegal drugs cross, the normally bustling vehicle traffic that smugglers use for cover has slowed to a trickle. Bars, nightclubs and motels across the country that are ordinarily fertile marketplaces for drug dealers have shuttered. And prices for drugs in short supply have soared to gouging levels.

“They are facing a supply problem and a demand problem,” said Alejandro Hope, a security analyst and former official with CISEN, the Mexican intelligence agency. “Once you get them to the market, who are you going to sell to?”

Virtually every illicit drug has been impacted, with supply chain disruptions at both the wholesale and retail level. Traffickers are stockpiling narcotics and cash along the border, and the U.S. Drug Enforcement Administration even reports a decrease in money laundering and online drug sales on the so-called dark web.
This March 2020 photo provided by the U.S. Border Patrol shows drugs seized from a tunnel under the Otay Mesa area of San Diego, Calif. Federal authorities seized a panoply of narcotics inside the newly discovered underground passage connecting a warehouse in Tijuana with south San Diego. The bust of $30 million worth of street drugs was also notable for its low amount of fentanyl – about 2 pounds. (U.S. Border Patrol via AP)

“The godfathers of the cartels are scrambling,” said Phil Jordan, a former director of the DEA’s El Paso Intelligence Center. 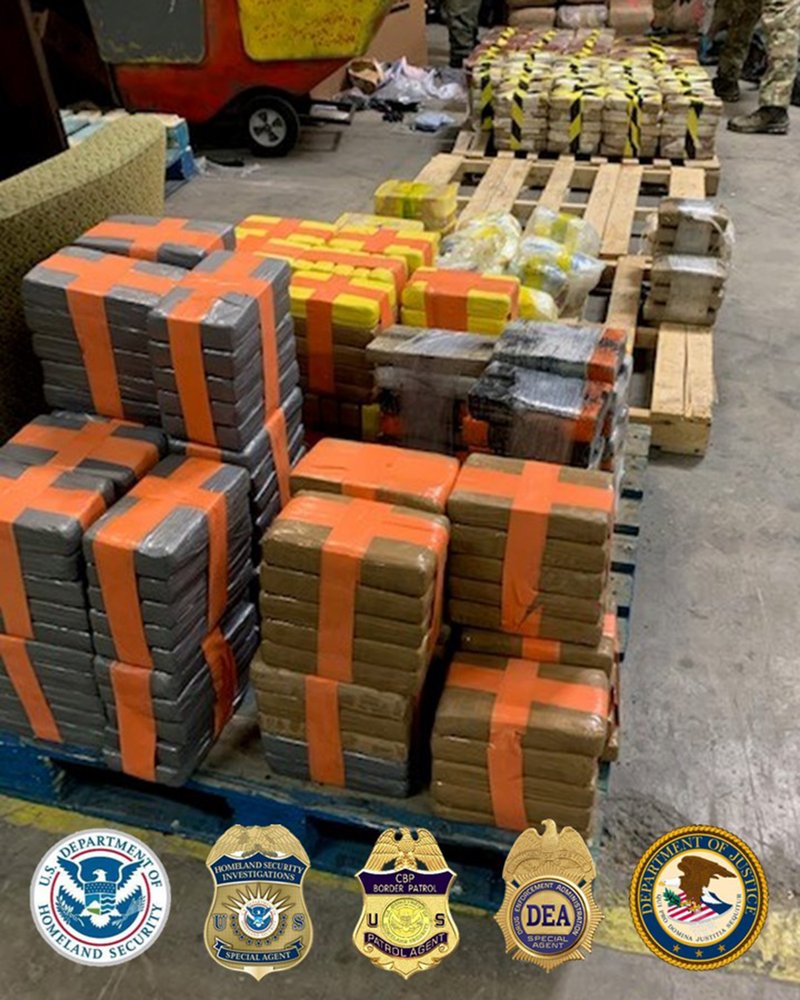 Cocaine prices are up 20 percent or more in some cities. Heroin has become harder to find in Denver and Chicago, while supplies of fentanyl are falling in Houston and Philadelphia. In Los Angeles, the price of methamphetamine has more than doubled in recent weeks to $1,800 per pound.

“You have shortages but also some greedy bastards who see an opportunity to make more money,” said Jack Riley, the former deputy administrator of the DEA. “The bad guys frequently use situations that affect the national conscience to raise prices.”

Synthetic drugs such as methamphetamine and fentanyl have been among the most affected, in large part because they rely on precursor chemicals that Mexican cartels import from China, cook into drugs on an industrial scale and then ship to the U.S.

“This is something we would use as a lesson learned for us,” the head of the DEA, Uttam Dhillon, told AP. “If the disruption is that significant, we need to continue to work with our global partners to ensure that, once we come out of the pandemic, those precursor chemicals are not available to these drug-trafficking organizations.”

Cartels are increasingly shifting away from drugs that require planting and growing seasons, like heroin and marijuana, in favor of synthetic opioids such as fentanyl, which can be cooked 24/7 throughout the year, are up to 50 times more powerful than heroin and produce a greater profit margin.

Though some clandestine labs that make fentanyl from scratch have popped up sporadically in Mexico, cartels are still very much reliant upon Chinese companies to get the precursor drugs.

Huge amounts of these mail-order components can be traced to a single, state-subsidized company in Wuhan that shut down after the outbreak earlier this year, said Louise Shelley, director of the Terrorism, Transnational Crime and Corruption Center at George Mason University, which monitors Chinese websites selling fentanyl.