“You know what, you old broad,” Aversano said, “suck it up and let somebody help.” 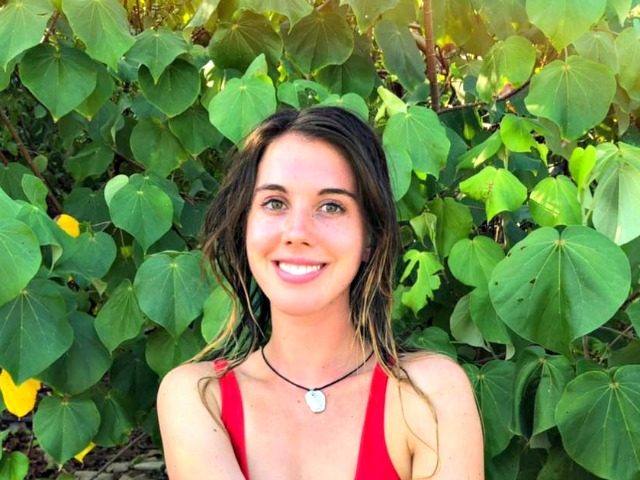 A college student is helping elderly people in her California neighborhood who are stuck at home to avoid getting infected with the coronavirus by delivering needed goods for free and at least one describes Alex Dewey as an “angel.”

The San Francisco Chronicle reported on Dewey, who is a student at College of Marin, and her volunteer business, inspired by a notice on Nextdoor, an online social network that connects neighbors:

Mary Aversano’s doctors told her two years ago that she had about a year left to live. Her cancer is metastatic, spread from the uterus to the liver and lungs. Still, at 76, the San Rafael woman is mobile enough to get out of the house a few times a week — “It’s a rotten disease,” she said, “but I’m not going to let it get me” — and she did her own grocery shopping until recently, when the new coronavirus began to spread.

She worried she would catch the virus in a store, exposing herself and possibly her husband, who suffers from chronic heart disease. Her fears increased as the news worsened, and she considered herself luckier than friends who were more housebound or lived by themselves: “There are people out there alone and scared and disabled.”

Aversano was reluctant to accept, not wanting to seem needy, but she got over that sensation.

“You know what, you old broad,” Aversano said, “suck it up and let somebody help.”

Turns out about a dozen other people decided to take Dewey up on her offer and about 30 young people offered to help her if she needed backup.

“Right now, it’s stuff that I can do easily,” Dewey, 21, said in the Chronicle article.

Dewey is studying business administration and economics at the college, which, like all other schools in California, is closed in the wake of the coronivirus.

Dewey told the Chronicle that she made her offer on Nextdoor when thinking about her grandparents, who live in the hard-hit Seattle area and have health issues.

“They’re from the generation where they don’t like to lean on anyone,” Dewey said.

On Monday — the same day six bay area counties announced a shelter-in-place order that would take effect at midnight — Dewey and her mother went to several stores and got what they could for the people on their list, but many stores had empty shelves.

The night’s fourth and last delivery was to Aversano. By the time Dewey arrived at Aversano’s house on a quiet street in San Rafael, it was 8 p.m. and dark out. The porch light was on, and Aversano emerged, wearing dark glasses and a pink pullover.

“Oh my god,” Aversano said, thanking Dewey for a bag of brown sugar, maple syrup, and her favorite yogurt.

Dewey said she hopes to somehow expand her services.

“It’s clear that there’s this need for it,” she said. “And more people are doing it.”

And her customers appreciate Dewy’s kindness.

Dewey, Aversano said, “was like an angel at my door.”