Imagine for a second that you own a boat. You give small tours for a living.

One night, things are slow, you get a phone call from a local fisherman.

He’s come across something. A very large whale that is trapped. 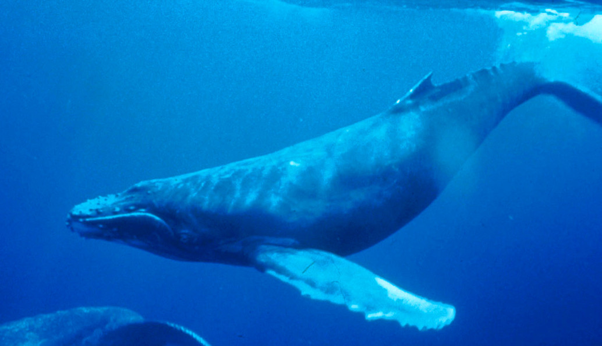 It’s been ensnared in some type of wires. It appears to have been trapped for some time. It is exhausted and struggling to breathe.

You make a few phone calls to some guys you know, who know how to scuba dive. Shortly after, they arrive at your dock. You guys load up the boat and start heading out towards the location, about 25 miles off of the coast.

You get there and the situation is bad.

It’s a massive female Humpback, her front fins are ensnared, she has ropes over her eyes, over her fins, around her body, in multiple angles, with knots, and thick powerful lines pressing tightly against her skin.

These are all ropes from crab traps (cages at the bottom, with ropes that rise to the surface, tied to a buoy).

The worst part is that there are nearly 20 ropes, tightly locked in a thick, tight circular wrap at the base of her rear tail. The whale is almost completely vertical, tail pointed downwards, nose upwards, laboring to surface for each breath.

You and your friends jump in the water. You start slowly moving towards this 15 meters long, 22,000 KG whale.

As you get closer, the whale begins panicking, swinging its massive front fins at you, spasming to try and get away.

You swim around the striking distance of her fins. You ease up, close along her body and begin working your knife under one of the many ropes as she continues to panic.

As you begin sawing the ropes in the cold waters, you see the whale’s eye looking at you, following your every movement as you swim around her.

After 10 minutes, the whale begins to recognize what is happening and calms down. She still watches your every movement, her eye tracking your efforts as she continues working to rise for each breath.

Hours later, you and the other divers clear the main ropes and swim down to begin working at her tail fin, which still has the mass of ropes around it and a giant dangling clump of heavy crab cages hanging below, pulling down heavily threatening to drown her.

10 meters down underwater, you work your knife under the mass of ropes and begin to saw away from under them, sawing, sawing.

You keep working at it, fighting the movements of her tail, and then, finally, with a popping snap, all the traps come off, you look down and watch the traps quickly descend to the bottom of the ocean.

The whale instantly takes off, gone.

You go to the surface with the other divers, congratulating each other.

Now really visualize the next part of this.

You are on the surface, out in the middle of the ocean celebrating with your friends, having freed a doomed and suffering animal.

You suddenly notice bubbles rising around you.

You duck your head down under water.

There is a dark abyss.

The vast, deep hollows of the ocean.

And from the black depths, a giant figure is coming towards you.

As it nears, it looms larger and increases speed.

And then, as it gets to you.

And very lightly bumps you.

You slide back slightly, unharmed, unhurt.

She does it again.

Then, she pulls up next to you.

Her large eye emerges to the surface, within 1 meter of your face. Her eye looks right into yours. 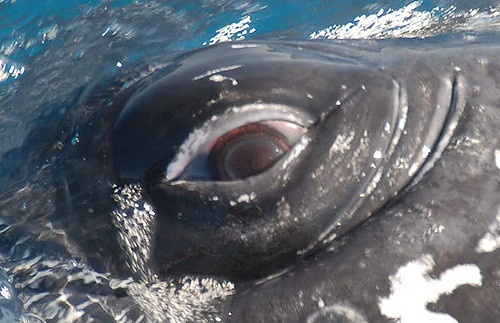 You are floating in the rocking ocean. Your face is 1 meter from one of the largest animals on the planet.

A descendant of an ancient, primordial species, is sitting perfectly still next to you.

Her huge eye looking directly into yours, holding your gaze in hers as you both float next to each other in her world.

She stops directly next to one of your friends and does the exact same thing to him.

She looks into his eyes.

And then, repeats it with each and every diver, doing the exact same thing to everyone who helped her.

She appears to be thanking all of you.

And then — she leaves.

This is based on a true account from 2005 in San Francisco.

Each diver detailed the same experience and they all reported the interaction as a deeply emotional, almost spiritual experience, connecting with that animal.

There are many other stories out there like this.

The things I would give to have had that experience with that whale.