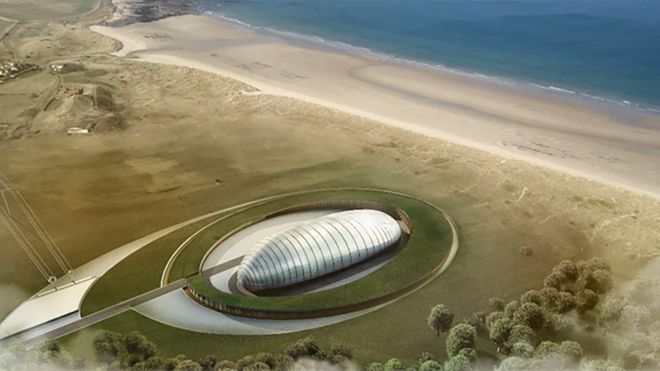 Mini nuclear reactors could be generating power in the UK by the end of the decade.

Manufacturer Rolls-Royce has told the BBC’s Today programme that it plans to install and operate factory-built power stations by 2029.

Mini nuclear stations can be mass manufactured and delivered in chunks on the back of a lorry, which makes costs more predictable.

But opponents say the UK should quit nuclear power altogether.

They say the country should concentrate on cheaper renewable energy instead.

Environmentalists are divided over nuclear power, with some maintaining it is dangerous and expensive, while others say that to achieve net zero emissions by 2050 all technologies are needed.

However, the industry is confident that mini reactors can compete on price with low-cost renewables such as offshore wind.

Rolls-Royce is leading a consortium to build small modular reactors (SMRs) and install them in former nuclear sites in Cumbria or in Wales. Ultimately, the company thinks it will build between 10 and 15 of the stations in the UK.

They are about 1.5 acres in size – sitting in a 10-acre space. That is a 16th of the size of a major power station such as Hinkley Point.

SMRs are so small that theoretically every town could have its own reactor – but using existing sites avoids the huge problem of how to secure them against terrorist attacks.