Q. Who is the worlds best actor, objectively?

answered by Ashley Land, Most viewed writer. Connoisseur of movies

In my opinion? I can think of two people. And this is my opinion based on their range, how believable their performances are, how much effort they put in, etc.

First, Timothy Olyphant. This man can do comedy, crime, action, he can play small town cop, serial killer, international hitman or suburban husband. He’s given us many great performances, notably as Raylan Givens in Justified and many may remember him as film nerd turned killer Mickey in Scream 2. He’s been hero, villain and a lot in between. 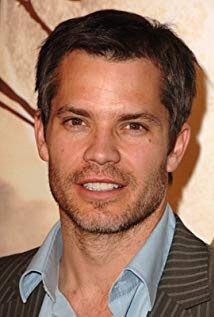 If I were in Hollywood, he’d be in the running to play the new Batman/Bruce Wayne.

He could even somewhat pass for a young Batfleck.

I first saw Olyphant back when he was just an awkward young detective in Gone in 60 Seconds and remember thinking…I want to see more of this guy. If I were a director and knew nothing about the movie I was making but could pick an actor at random, Olyphant would be one of two (the other being my next one). I think this is a strong personal like for the actor, I’m not sure how well he’d do on someone else’s attempt to objectively pick a good actor.

Second, Christian Bale. It’s really hard to talk best living actor without thinking of Bale. The guy seems to be able to get into any role, whether it’s Batman or Dick Cheney, is a master of changing his physique to get into a role and when he plays a part, he goes all in. He’s b

een acting since he was a boy and has gone from deranged killer to emotionless assassin to two different yet similar magicians to Batman to post apocalyptic military leader to 1800s army captain to Dick Cheney…the guy is incredible. Every one of his performances feels genuine and like he really threw himself into it.

Robert Downey Jr. When you can play a black guy so convincingly that your black co-star’s mother thought you were Don Cheadle…need I say more?

Gary Oldman. I probably should have actually put Oldman in the running for best living actor because he is that good.

Mahershala Ali. A very underrated actor, while I’ve liked him for a while, his performance in the third season of True Detective earned him a spot on this list for sure.