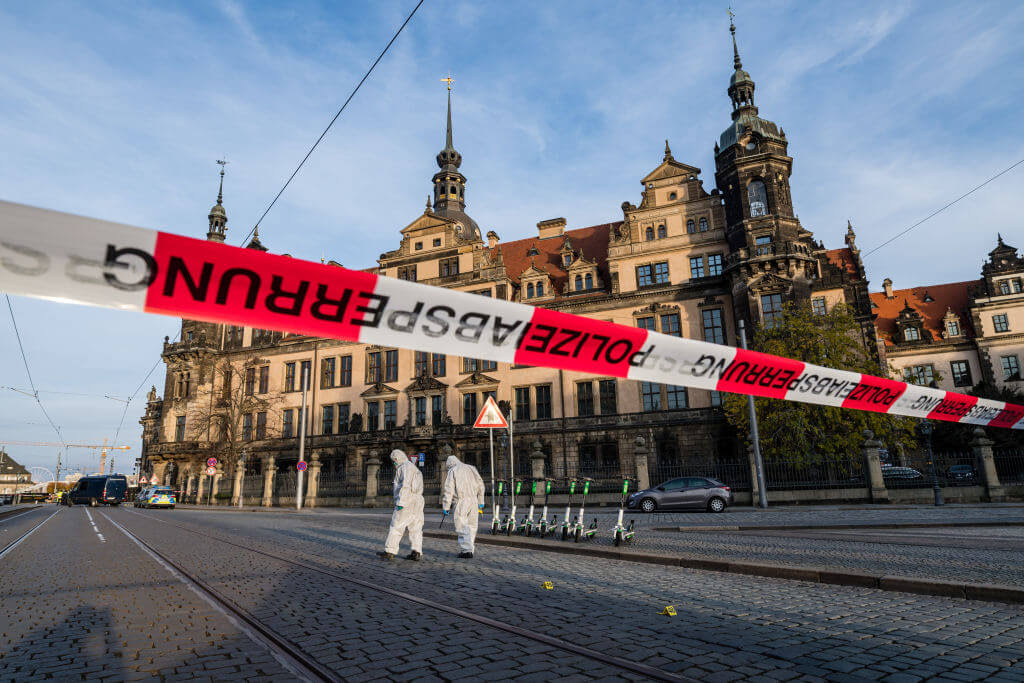 Around 5am local time yesterday, at least two burglars broke into Dresden’s Green Vault, home to some of Europe’s greatest treasures, and made off with at least three sets of “priceless” 18th century jewelry.

“It’s as if someone broke into the Louvre and had taken the Mona Lisa,” a jewelry historian told the WSJ.

Officials are mourning it as not only a material loss but also a devastating cultural blow to the state of Saxony.

Plus, it’s impossible to estimate the material loss because these items cannot be sold on the open market, German officials told the AP.

A team of 20 specialists is on the case.