. .the next most important step in SpaceX and Elon Musk’s audacious plan to get humans to Mars and sow the seeds that will help us become an interplanetary species.

SpaceX is set to show off its Starship Mk1, an orbital-scale prototype of the spacecraft it eventually plans to use to attain its goal of fully reusable commercial spaceflight. Starship is the key ingredient not only to fully reusable launch and cargo vehicles for serving commercial clients; it’s also the next most important step in SpaceX and Elon Musk’s audacious plan to get humans to Mars and sow the seeds that will help us become an interplanetary species.

Starship Mk1 is the evolution of the first flight vehicle that SpaceX used to test technologies for Starship – the Starhopper, a stub-top cylinder that basically just provided a way to test one of the Raptor engines in two, low-altitude ‘hop’ flights. The Starhopper’s mission may be over, but it’s still in Boca Chica, Texas, sitting out just behind the Starship Mk1 and just a mile or less from the end of the road and the Gulf. 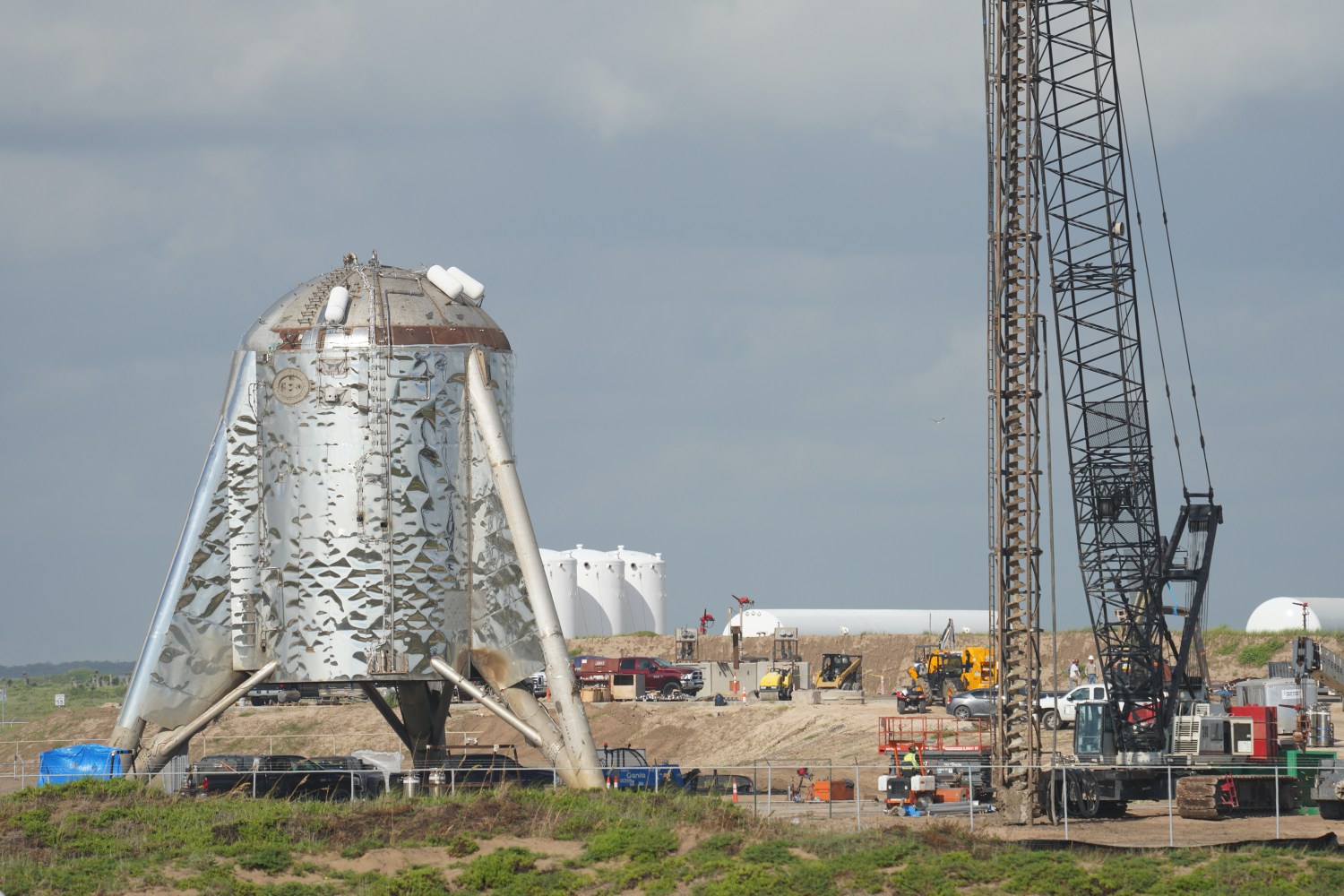 Starship Mk1 is a towering structure in person, and its gleaming, high-polish shell can be blinding in the South Texas sun when there’s no cloud cover. The final effect is like a 1950s science-fiction pulp novel cover made real, with a scale that’s hard to understand even standing directly in front of the thing and seeing workers busy putting the final touches on the rocket’s exterior ahead of SpaceX’s update event tonight.

When I arrived on the ground in Brownsville, I made the short drive out to SpaceX’s assembly site for the Mk1 in the small community of Boca Chica. It was well after sunset, but the roughly 180-foot tall structure was lit up by a number of floodlights, as crews continued to work on interior welds and other parts of the final assembly. Notably, about half the structure had its shiny, glossy outer finish, while the rest remained rougher looking – something which would change by morning. . .